Being Kind Makes All the Difference 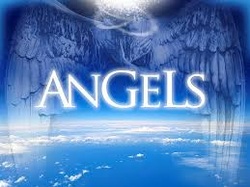 A trucker relates that he was traveling through rural North Carolina on I-95 when a brown sedan merged onto the highway. It weaved back and forth between lanes, causing the driver of the truck to shift into a lower gear. At first he thought the driver was drunk, but when he came closer, the trucker saw an old man shaking uncontrollably behind the wheel. He noticed a Citizen’s Band aerial whipping to and fro as the car jerked between lanes, so he called on the radio:
“You in the brown Chevy, if you can hear me, pull over. Pull off the road!”
Amazingly, he did! The trucker pulled up behind the car and climbed from his cab. The elderly man staggered from his auto and fell into the trucker’s arms. He poured out a story of months of fear and pain that accompanied the illness of his only daughter.

Now he was returning from the hospital where it was decided that she would cease any further treatment.
In the hospital he remained “strong” and stoic for his daughter, but out on the road he fell apart.

The two men talked for the good part of an hour. The father eventually decided to share his pain with his daughter and said he felt
good enough to drive home. The men embraced and the trucker followed him for 50 miles. As they drove along, the two talked together on the radio.

The older man finally acknowledged that his exit was ahead and thanked his new friend again for the help. The trucker asked if he could make it home all right and, suddenly, a third voice broke in on the conversation: “Breaker 19, don’t worry, good buddy. Go your way. I’ll see him home!” Glancing in his rear view mirror, he saw a livestock truck move into the exit lane behind the brown sedan.

There are good people the world over. Some may be strangers to you, some as close as your own family. It helps to know that the world is full of people who will gladly give that caring touch, a needed warm embrace or a patient and listening ear. They are like angels who lift us to our feet when our wings have trouble remembering how to fly. Look around, for they are everywhere. And quite likely, you will even spot one in the mirror!

Hebrews 13:2 – “Do not forget to entertain strangers, for by doing so some people have entertained Angels without even knowing it.”